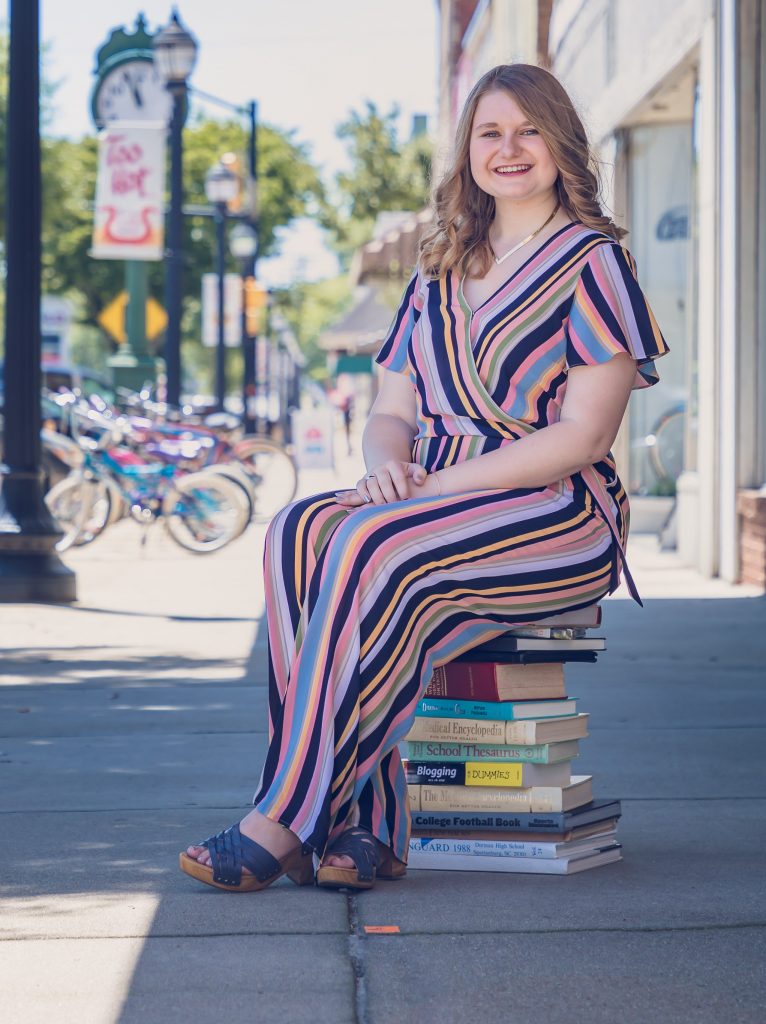 Due to COVID-19, colleges around the world have closed campuses and shifted to online learning. Six local college students talked to The Woodruff Times about their experiences during this educational shift.

These students all graduated from Woodruff High School in the last two years and live in or around the Woodruff Area, except for Hannah Edmonds, who now lives in Greenville.

Hannah Edmonds, 19
Freshman at the University of Central Florida

“The most upsetting about this change has definitely been leaving all my friends,” Edmonds says, “With a lot of friends who are in the same boat, we all went home to different states. As for some of them, I didn’t even get a chance to say bye.” On the other hand, Edmonds says that she will still see her friends in the fall and time at home has given her some treasured moments with her family, dog and close neighbors. Nonetheless, the change she feels to her daily routine has been rough as she stays indoors rather than on campus and says that online classes are not her favorite. Group projects are particularly tough when trying to coordinate video calls around everyone’s schedule. In the end, however, Edmonds says that not much has changed besides possibly an internship she means to take this summer, and the first thing she’ll do when she gets back is go to Disney World, which she misses dearly.

Lauren Comeau, 19
Freshman at the University of South Carolina in Columbia

Comeau says that adapting to this new schedule was not what she thought it would be. “I have handled this new routine pretty well,” she writes, “but adapting to the new assignments hasn’t been as easy as I expected it to be.” She was surprised that some professors treat online classes just like face-to-face lectures, a method which is harder to complete and to keep track of for herself. Comeau says that COVID-19 has put her behind because registering for classes is difficult when it is much harder to get a hold of advisors, but there have been positive consequences. “I’ve loved being able to spend more time with my family, and I’ve also liked attending lectures in my pajamas. The first thing I’ll do when I go back to school is try to be more thankful for being able to take classes face-to-face because this situation has made me realize that I’ve been taking it for granted.”

Brendan Emm, 18
Freshman at the University of South Carolina Columbia

The transition for Emm has been manageable but means lots of changes for his marching band schedule. Emm says that he may not be able to enjoy marching band if football season is canceled, but this would be the only long-term effect for him. He also deals with either live or asynchronous lectures and new assignments which haven’t been as easy as he expected. Overall, he’s adapting pretty well to his new home schedule. “I’ve enjoyed not having to wake up super early and walk to class every day, not having to worry about getting food between my classes, and not having to live with roommates. The first thing I’ll probably do when I go back to school would be to go hang out on the historic horseshoe and observe nature since we all have been cooped up inside for months.”

Thoreson feels that her work “is almost too easy.” While she feels that she is behind in assignments, for the most past, the transition has been easier than she expected. She likes being able to do class work anytime throughout the day and finds that it helps to write down assignments. Thoreson says that the most upsetting thing was having to clean out her dorm. In wake of the pandemic, she plans to join a club sport to make more friends once school starts again. [Thoreson is this writer’s sister.]

Stanton feels more annoyed with the current circumstances than he feels set back. “What is most surprising to me, is how the entire economy basically shut down. While I wasn’t technically fired from my job, most of my hours have been cut.” Stanton adds that although he’s spending significantly less money on gas, he’s been bored and finding new ways to occupy time. “I’ve been able to handle that by hanging out with my family during the morning, my friends via Discord [a chat app], and my girlfriend regularly.” When school resumes, Stanton looks forward to organizing a club that he was recently elected President before leaving school because of COVID-19. This club, Young Americans for Freedom, is a political group dedicated to conservative opinions and keeping the freedom of speech alive.

“Being a science major, online classes are disruptive because we do a lot of labs, hands-on activities, and real-life scenarios after classes, which are required in our field. Online classes make doing those things extremely hard for many of us. The positive aspect of being home include spending time with my family. My heart goes out to the students that were not able to go home. When I return to college, I will definitely hit the gym extremely hard. With me being on the move 25/8 to being stuck in the house was extremely hard in the beginning, but being with my family, the adjustment has become easier. I did want to study abroad and do an internship this summer. These plans have been altered due to the COVID-19, but my faith and determination to the love I have for my dreams and major are steadfast.”

This site uses Akismet to reduce spam. Learn how your comment data is processed.